We recently rolled out more Awesome Boxes here at Harvard. We now have boxes in Widener, Langdell, Lamont, and Cabot. 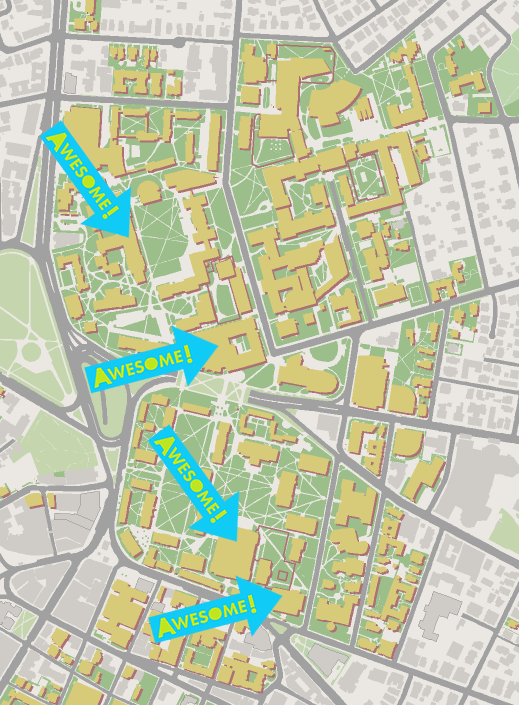 We have a couple of other boxes waiting to be delivered to their new homes after the new year.

We put together a special box for our home base, Langdell Library here in the Law School.

It's an Arduino equipped box. A small photoresistor in the floor of the box detects light change. When the change is 35% greater or smaller than the last time it took a reading, it sends power to three LEDs tucked in a piece of plexiglass in the sign.

The physical boxes have been fun to build and share, but it's important to keep in mind that they're a minor part of the Awesome Box project. The Awesome Box project is concerned with allowing members of the community to share what they found awesome. You don't need a flashing box to do that. A no-tech solution works just as well and maybe better: Use masking tape to partition an area on the returns desk. When something is placed there, put it on a featured shelf.

We've seen an uptick in awesomeing after we rolled out the additional boxes. We went from about ten items a week to five to ten per day. (These numbers are rough and the sample size is tiny – don't put much stock in them.) So, more boxes yields better community penetration yields results. If you want to have a look at these results, pop over to http://hrvd.me/awesomebox and follow the Twitter stream.

If you want an Awesome Box for your library, we'd love to hear from you. Email us.