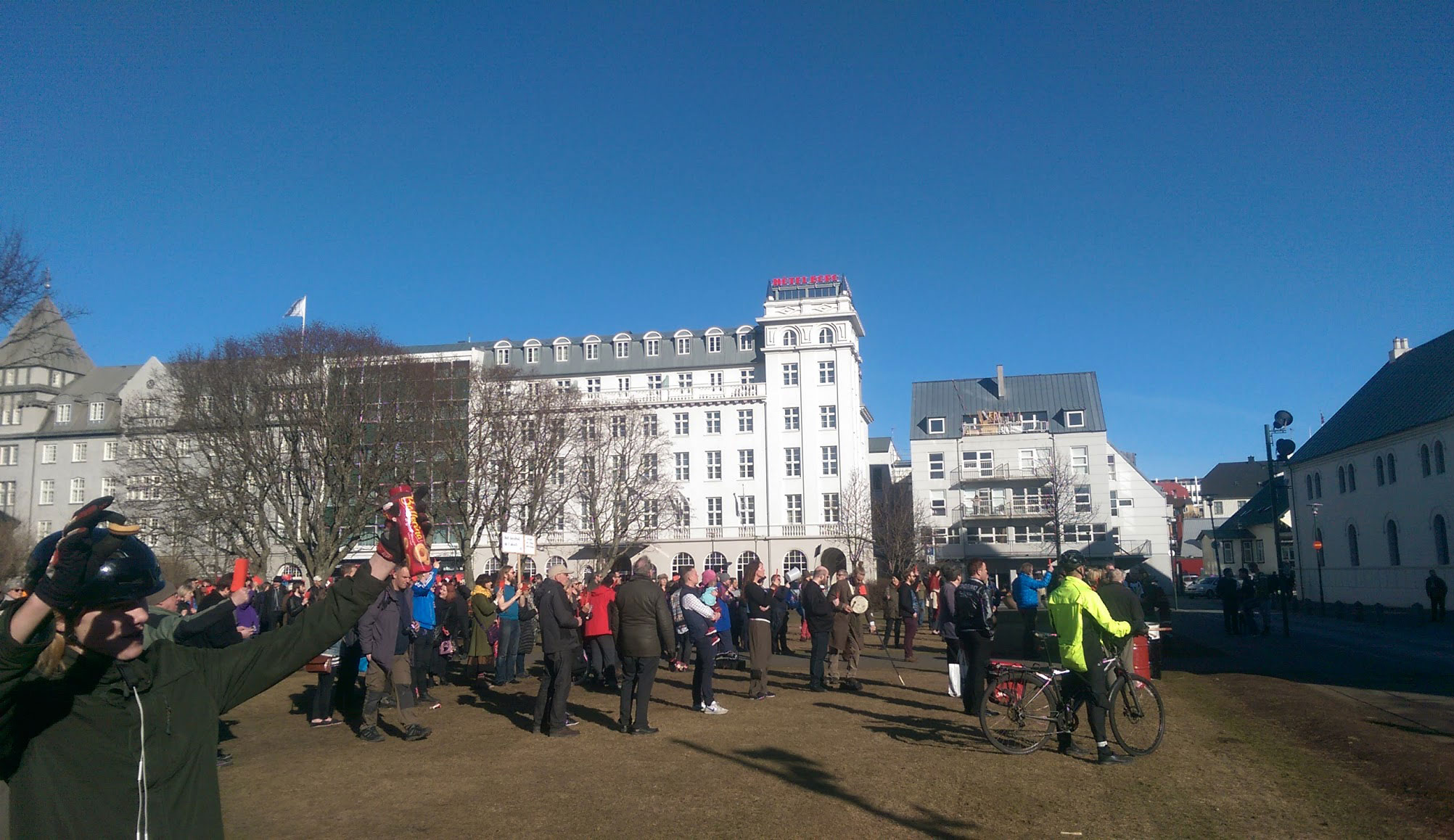 Here are some things that caught our ear this fine Thursday at the International Internet Preservation Consortium web archiving conference:

TL;DR: lots of exciting things happening in the archiving world. Also exciting: the Icelandic political landscape. On the way to dinner, the team happened upon a relatively small protest right outside of the parliament. There was pot clanging, oil barrel banging, and an interesting use of an active smoke alarm machine as a noise maker. We were also handed “red cards” to wave at the government.

Now we’re off to look for the northern lights!