This week Ben Steinberg took us on a strange and magical trip through the world of synthesizers.

Ben wasn’t talking about those Casio keyboards we all had as kids: 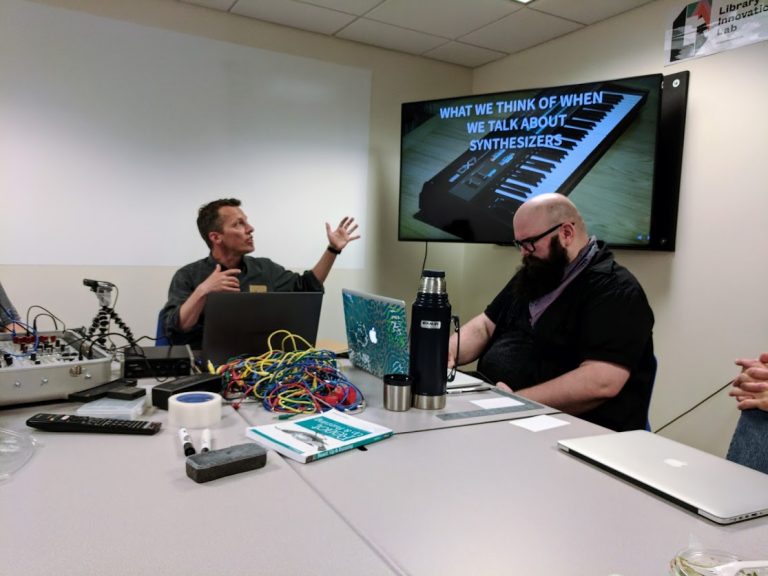 No, he was talking about this kind of thing … a self-built modular synthesizer: 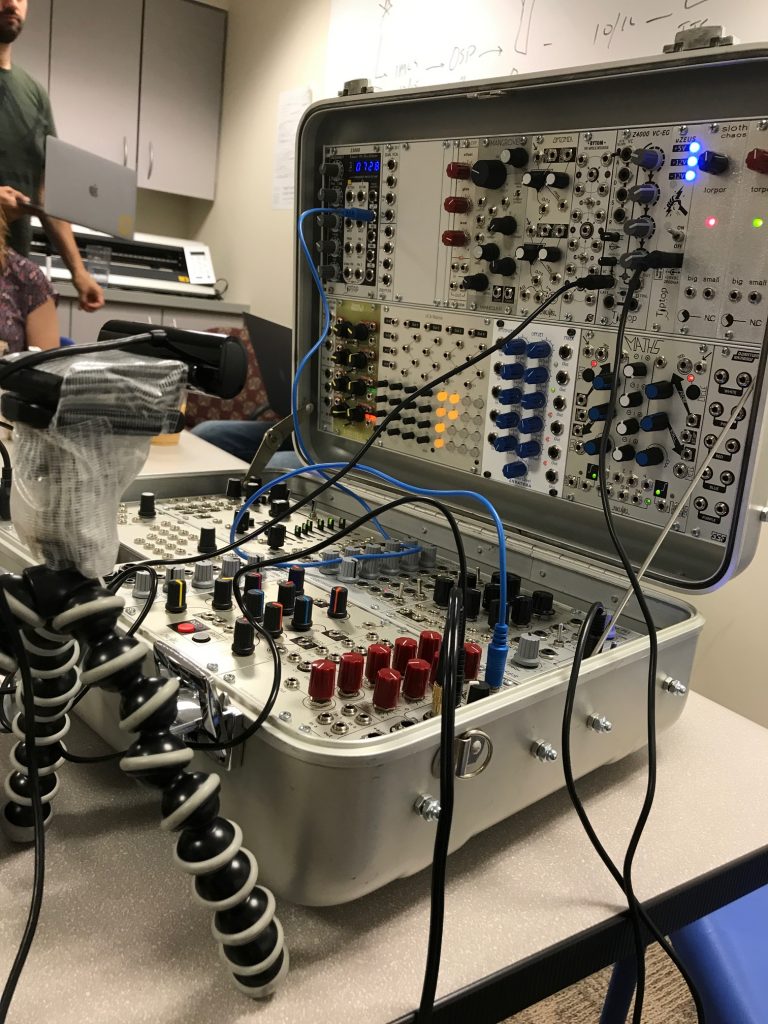 Before showing off the hardware, Ben first asked us to ponder: what is sound? For Ben, it’s the neurological, psychological, cultural, social phenomenon that occurs when waves of compression and attenuation hit the insides of your ears. And then the sounds began, starting with a simple sine wave. Ben showed us what happens as you adjust the frequency on the sine wave, and explained that humans can hear frequencies ranging from 20 to 20,000 Hz.

(Did you know? There’s a device businesses (like malls) can use to emit “a high-pitched sound that drives teens crazy but can’t be heard by most adults over 25.” It’s called “The Mosquito.”)

All of these effects conspire to produce the “timbre,” which is the quality of the sound produced by the distribution of frequencies within it. And you can add filters — like “low-pass,” “high-pass,” “bandpass,” and “notch” filters — to create even more interesting sound effects, like the effect created by a wah-wah pedal. And if that’s not enough, Ben showed us a cool, minimalistic interface called a monome grid, which you can use to trigger different sound patterns and effects:

Ben wrapped up with a discussion of the “most interesting” sounds. To him, these are the ones that aren’t simulating other sounds and don’t sound like anything else. They sound like “machines playing themselves.”

For a sample, visit Ben’s own sound machine on the web: http://partytronic.com/.