The other day, I noticed this on the side of the house. 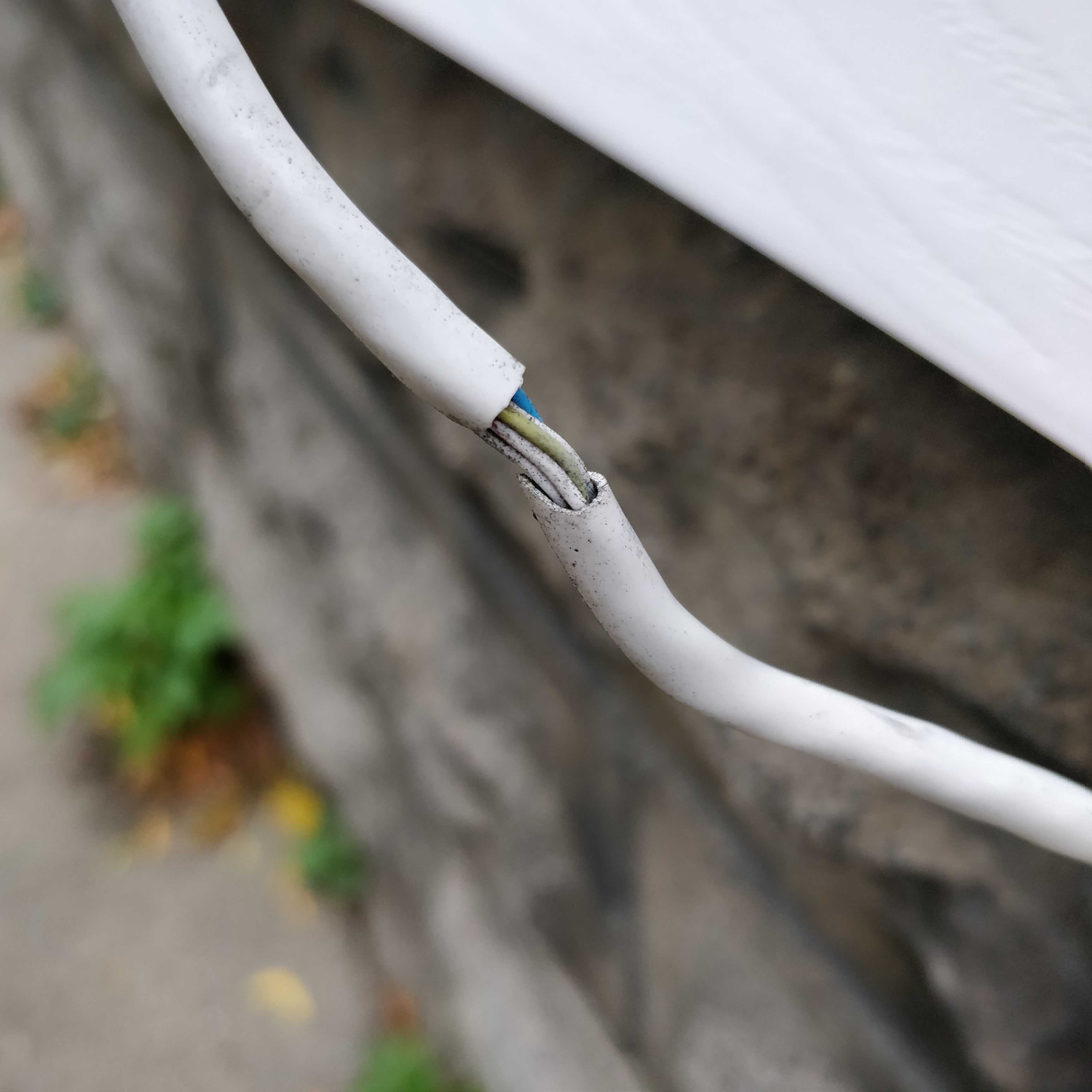 That is near the bottom of the run of Cat 5 Ethernet cable I installed over twenty years ago, from the cable modem and router in the basement through a window frame, up the side of the house and into the third floor through another hole in a window frame. What I found amazing was not so much that the cable, neither shielded nor rated for the out-of-doors, had lasted so long in such an amateurish installation, but that all of our Zoom meetings for the last eight months had passed through these little wires.

The really amazing part, beyond the near-magic of all that audio and video flying through little twists of copper, is the depth of dependency: at each end of that cable is hardware that changes voltages on the wires, operating system drivers for interacting with the hardware, the networking stacks of the operating systems that offer network interfaces to software, the software itself, the systems of authentication and authorization that the software uses to permit or deny access—a cascade of protocols, standards, devices, programming languages, and codebases that become the (mostly) seamless experience of the discussion we have at ten each morning. Or, a moment later, the experience of confirming that the city has accepted the ballot I mailed.

Starry-eyed delight in an amazing machine is clearly not sufficient, with as good a view as we now have of the broken dream of a liberatory Internet. We have to have an acute awareness of the system accidents implicit in our tools and the societal technologies that are connected to them. I believe the delight is necessary, though—without it, I don't see how we can ever learn to treat computers as anything other than an apparatus of control. There's hope, if a grimy cable with a broken jacket can carry joy.